Planning a Colorado ski trip and having a hard time deciding between Keystone and Breckenridge? You’re not alone

These two resorts are among the most popular, well-known USA ski destinations and attract millions of visitors each year. Breckenridge and Keystone are only a 20 to 30-minute drive away from each other, but they each offer a very different experience.

We’ve created this quick guide to help you decide which of these Vail-owned resorts best fits your style. We’ll cover everything from pure skiing to apres nightlife and everything in between.

Breckenridge vs Keystone – The Short Answer

That’s really what it boils down to for the vast majority of travelers. Keystone is more of a purpose-built resort with limited activities outside of pure skiing. Breckenridge, on the other hand, is a classic Colorado mining town-turned-ski-town with tons of things to do and larger crowds.

We’ll dive into the details to fully cover the differences of these two spots.

P.S. – If you’ve also considered Vail, we definitely recommend checking out our big comparison of Breckenridge vs Vail.

Keystone and Breckenridge definitely have a lot going on between the two of them, but there are some key differences that can them each appeal to a different type of traveler.

In order to give you the most complete comparison, we’ve broken things down into categories: Snow Quality, Terrain, Beginner Friendliness, Value, and Apres/Lifestyle.

Snow quality is the category that is hardest to choose a clear winner between Breckenridge and Keystone, but we give Breck the slight edge overall.

Even though Breckenridge is a more crowded (and tracked-up) resort than Keystone, its inherent advantages in annual snowfall and elevation help to keep its snow quality competitive. Keystone is still a very busy resort itself and it’s not immune to having powder tracked-up early in the day.

The bottom line is that we don’t really recommend putting too much weight into snow quality as a deciding factor between these two resorts. The difference on any given day is likely not enough to choose one over the other when you’re planning an entire trip.

We give Breckenridge the nod here for its amount of varied, interesting terrain. Keystone does have longer runs on average and plenty of , but it’s not quite enough to keep up with Breck’s offeringsSkiable area is basically a wash between the two, with Keystone’s 3,148 acres barely edging Breckenridge’s 2,908 acres.

The terrain at Breckenridge is extremely well-balanced in terms of type and in terms of ability level. Whether you’re looking for long corduroy groomers, glades, terrain parks, etc, you’ve got plenty of options. The variety is great and there’s plenty to explore, crowds or not.

The knock on Keystone is that even though its runs are long and smooth, there is a lack of truly steep terrain. There are plenty of blacks, but not enough for advances skiers who crave the most aggressive offerings.

Park skiing is outstanding at both spots, so you won’t have any trouble there. Keystone has the edge when it comes to glades, but there’s really no shortage of tree skiing at either resort.

Breckenridge is one of the USA’s most beginner-friendly ski resorts and it’s the clear winner here. Keystone’s beginner skiing is limited to one peak and the resort is overall much better suited for intermediate to advanced skiers.

The wide variety of terrain means that Breckenridge gives you plenty of room to grow over the course of your trip. As soon as you’re ready to move on from the mildest green runs, there are a ton of easy-intermediate to bridge the gap between true greens to true blues.

Breck also has some outstanding lifts servicing their beginner areas, including the Quicksilver Super6. The Super6 is the highest-capacity chairlift in the country.

Keep in mind that both Breckenridge and Keystone have very high elevations. Beginners working hard to find their legs will likely find themselves tiring quickly and will have a higher chance of developing headaches or altitude sickness. Drink your water and take your time at either destination.

Keystone is without a doubt a cheaper trip than Breckenridge, but Vail Resorts owns both resorts, meaning that neither destination could be considered a true “budget” option. Still, it’s much easier to save money at Keystone.

Keystone doesn’t have the bustling town or the marketing gusto of Breckenridge. This keeps Keystone a solidly ski-first resort without the highest-end frills. Lift tickets, lodging, food, and just about everything else is going to set you back a noticeably lower amount.

All that said, you may want to consider whether or not you intend to seek out some activity after you’re doing skiing for the day. Those who want some nightlife will likely find that they’ll need to drive somewhere else, potentially eliminating a large chunk of the savings you enjoy if you stick solely to Keystone.

Breckenridge’s town, apres ski, and general lifestyle is unequivocally better than Keystone’s. And it’s not even close. Breck is a real town that people live, work, and play in all year long. This creates a totally different community vibe than what you experience at Keystone.

A trip to Breckenridge is a trip to a quintessential Colorado mining town that grew into a world-class winter destination. There’s a ton of charm that’s totally different from what you’ll find at any of the country’s purpose-built ski resorts. One look at the city’s numerous historic Victorian-era buildings and you’ll know what we mean.

Dining and shopping in Breckenridge range from super casual on the low end to quite lavish on the high end. You’ve got a sea of options and you really don’t think twice about whether or not you’ll find something up your alley.

Apres ski in Breck is awesome, with plenty of nightlife made up of everything from local dive bars to high-end tourist spots. There is also a steady stream of events going on in the town, drawing skiers and non-skiers alike. Whether your idea of the perfect evening is a quiet cocktail at the local bar or a full-blown rager of a party, Breckenridge has you more than covered.

A good representation of Breck’s liveliness comes every year during the town’s famous Ullr Fest. It’s essentially a giant party celebrating the god of snow.

On the other hand, Keystone does have places to unwind at the end of the day, but it’s nowhere close to being enough for travelers who want a true apres ski atmosphere. Many people staying at Keystone drive somewhere else in the evenings to eat and play.

It should be very evident at this point that we prefer Breckenridge over Keystone for everything but cost and crowd level. A trip to Breck is just a much more complete experience for the average traveler. We still think Keystone is awesome, but its appeal is more limited in scope to visitors whose sole priority is skiing from sunup to sundown.

Our best advice for those who are on the fence is this: Stay at Breckenridge and spend most of your trip there, but dedicate a day of your trip to drive over to Keystone. The two resorts are so close together that this is really a no-brainer for anyone who wants to experience both.

It’s important to note that both Breckenridge and Keystone are included on the Epic Pass. The pass has tiered levels that include anywhere from 17 to 69 different ski resorts around the country. If you crunch the numbers and find that they make financial sense for your needs, it’s a great way to ski Breck, Keystone, and other resorts in the area (like Vail) without dealing with daily lift tickets and prices. 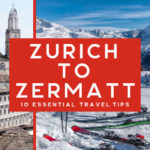