Confused about European beds and what exactly their descriptions mean? You’re definitely not alone and this is one of the most common issues international travelers encounter on booking sites.

American tourists are often especially perplexed by beds in Europe. That’s not good, because it’s important to have a good understanding of what your sleeping conditions will be. A good night’s sleep can make or break your vacation and it’s often one of the easiest things to overlook in the planning stage.

This quick guide will help you understand exactly what you’re getting from your “double room” or “twin room”. From mattresses to bedding, we’ve got you covered.

If you were to pick one thing about European hotel rooms that most commonly confounds American tourists, it would have to be the term “Double Bed”. You know what I’m talking about if you’ve ever booked one.

In the US, we’re familiar with the idea of a double bed being the logical step up from a twin bed. Its width is that of two twin beds and the same length as a single twin bed. Pretty simple concept. The only real nuance to it is that we sometimes use the term “full” interchangeably with “double”.

The most common double bed scenario in hotel room is that you’ll find two twin beds pushed together, usually sitting atop the same platform. Just imagine two mattresses atop one box spring (or whatever platform is being used, since box springs aren’t as common). This is what “double” means in most countries. It’s not referring to the mattress size description- it’s literally referring two separate mattresses.

This is also where the old “mind the gap” bed joke comes into play. The phrase originally comes from British railway warnings, but has also been adopted as a joking way to remind travelers of the “gap” in a European double bed.

We’re not done though. Unfortunately, things get a bit more convoluted than just the two mattresses themselves. Bedding is a whole other thing.

While it’s not unheard of to encounter the same layered bedding system commonly used in America, it’s far more likely to see duvets in European hotels. These are real duvets too, not mislabeled comforters. They consist of an outer shell in which the duvet is inserted.

The significance of the duvet system on European double beds is that there will be two separate covers, ie: each person has their own twin-sized duvet. This may seem strange to Americans that are used to having one big comforter for two people, but it’s actually not a bad deal. You’re still close to your sleeping buddy, but you don’t have to fight over the blankets.

The best thing to do in most situations is to simply call the hotel and ask about the beds. This is really the only way to remove all doubt and know exactly what you’re getting.


Most hotel sites and travel sites will show “twin” rooms as the alternative to “double” rooms. Understanding European twin beds a little more straightforward than understanding doubles. Thankfully so, because the double beds are unpredictable enough as it stands.

That’s the essence of it.

The fun part comes into play when you start measuring the distance between the two twin beds in your hotel room. Europeans can be pretty unpredictable with their bed spacing.

An American hotel room with two twin beds (or two beds of any size) will typically lay them out pretty far apart, often separated by a large nightstand. This isn’t always the case in Europe.

Still, it’s more likely that the layout will have the beds at a more comfortable distance. The point is that it can be unpredictable.

Spacing is only a big deal if you’re traveling with someone you’d prefer not to be right next to in the middle of the night. Probably not an issue if it’s your best buddy you’re two feet away from. Probably a little awkward if you’re sleeping that close to a business colleague.

As with double bed rooms, it’s best to just call the hotel before you book and ask about the layout. Most European twin rooms are pretty much what you’d naturally imagine them to be, but there’s always a chance that you’re dealing with something more similar to a double room because the beds are so close together.

Here’s a breakdown for those who want to know the most standard measurements for European beds and how they stack up to their American counterparts. We’ll go from smallest to largest.

First, here’s a handy chart to help you visualize the differences in bed sizes:

You should now have a pretty good idea about what you’re getting when you book a double room or a twin room in Europe. It’s really not as tricky as you think once you understand the meaning behind the European terms.

If you’re concerned about feeling distant from your partner in a double bed, one solution is to ask your hotel whether or not they offer a “matrimoniale” bed. This is sometimes an option in certain European countries (Italy, especially). It will usually mean that you get a bigger mattress that is more or less the same as what you’d find in the US. This will eliminate the whole pushed-together twin bed issue.

Unless you don’t care how the beds are arranged, always call your hotel (or Airbnb, apartment, etc) ahead of time to ensure that you know exactly the type of bed you’re getting. This is a great extra step to take when planning a trip.

Finally, try to always use sites like Tripadvisor, Yelp, Facebook, or simply Google to find guest photos of your accommodations. Professional pictures on hotel websites aren’t always the most accurate depiction of a room and can sometimes be misleading. Use the search function in the “Reviews” sections of those sites to look for words like “bed” or “mattress”. This will help you to find exactly the exact info you need without having to sift through thousand of words.

Do you like sleeping like a European or does the US have it all figured out? Let us know what you think and what kind of experiences you’ve had at different hotels. 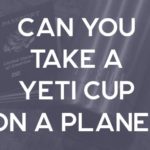 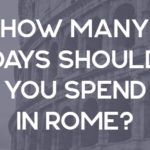