It goes without saying that Rome is one of the most incredible cities in the world. There are very few places that can even come close to competing with the vastness of the rich history found there. There’s no doubt that almost any trip to Italy needs a healthy dose of The Eternal City.

While deciding to visit Rome is a no-brainer, deciding on the perfect amount of time to spend isn’t so easy. There are many things to do and many sides of the city that appeal to different types of travelers. You don’t want to shortchange your trip, but you also don’t want to find that you’ve exhausted your “to-do” list and could have spent more time in another .

This quick guide will tell you all about the minimum amount of time we recommend that you spend in Rome.

How Many Days in Rome? – The Short Answer

With almost no exception, we recommend that you spend a minimum of 3 days in Rome. You won’t be able to see everything in this short a span, but you will be able to see a good portion of the highlights. Plan on spending 4+ days in Rome if your total time in Italy is two weeks or more.

That’s the short, over-simplified answer. But like any other trip, there’s no one-size-fits-all trip length for a trip to Rome.

Some travelers spend three days in the city and think it’s more than enough. On the flip side, there are plenty of people left wanting more after 7+ days.

It’s a hard question to answer. The best way to tackle it is to break it down by traveler type.

Keep in mind that all of these suggestions assume that Rome is not your only stop in Italy. Most tourists intend to see more of Italy than just Rome and we’ve done our best to keep that in mind.

If you’re the average traveler, looking to do a bit of everything…

Most people will fall into this category. This is for the person that wants to split their time pretty evenly among sights, activities, food, and culture.

Fortunately, you’ve got it pretty easy in a place like Rome. There is something to do at just about every corner. Want to make a trip to the Colosseum, follow it up with a scooter ride, then find a cool dinner spot? Easy. The city is huge and it affords a great deal of flexibility.

3 to 4 days is usually the sweet spot for the average traveler. 3 days if you want to keep a relatively fast pace. 4 days if you don’t want to be as rushed.

This length of time will keep you engaged with the city the entire time you’re there. You won’t run out of exciting things to do and you definitely won’t get bored.

If you’re a major history buff…

Serious history buffs are the hardest to give a true “minimum” to in regard to how much of a trip they should dedicate to Rome. The city is huge and it’s absolutely jam-packed with ancient sites and artifacts. So much so that you could probably live in the city for years and still not see every little historical detail.

If taking in history is overwhelmingly first on your priority list, you likely won’t be satisfied by the typical Roman highlights alone. An average traveler may be content with the “Top 10” historical sites, but not you. You’re going to want to dig deeper, taking your time at each location and digging in deeper to see some of the more under-the-radar history.

All that said, it’s a safe bet to assume that you’ll want to spend at least 4 or 5 days in Rome if you’re a true blue history fanatic. The Colosseum, Vatican, Pantheon, and Forum by themselves will likely take up 2-3 days of your time. Some people would be satisfied with checking those boxes and moving on, but you’re just scratching the surface.

This type of traveler is typically more casual in regards to travel and also tends to skew a bit younger.

Even though historical sites and typical tourist haunts are likely further down the totem pole on your itinerary, there’s inevitably some of them that you’ll want to see. A little bit of sightseeing during the day followed up by Roman nightlife in the evening is the way to go.

2 full days and nights is the safe minimum in this scenario. 3 days is better if you aren’t pressed to be elsewhere. This is a relatively short trip, but chances are you’re fine with that if your main priority is fun and games. You’ll get a chance to sprinkle in some of the traditional Roman “” into your schedule of fast-paced fun.

If you have plenty of time and refuse to rush anywhere…

While everyone has a different opinion on what’s “rushing” and what isn’t, it’s pretty safe to assume that most trips to Rome involve some level of hustle and bustle. It’s a huge place with a ton of tourists to accompany the city’s staggering resident population of 2.8+ million.

Plan on spending 5 to 7 days if you want to see it all and do it all without feeling like you’ve rushed or missed anything important. Most travelers won’t have any problem fitting all of the city’s best experiences into this kind of timeline. In all honesty, most travelers that stay in Rome this long will find that they have time to spare.

The obvious downside to staying in Rome for so long is that you’re going to trade more time in other Italian destinations for a more relaxed pace in Rome. Nothing wrong with that as long as you’re aware that you may have some downtime.

If you’ve made it this far, you should at least have a little better idea of how many days of your Italian vacation should be dedicated to experiencing Rome.

It’s truly difficult to ever “recommend” short stays in such an amazing city, but there are definitely some realistic minimums that apply to the majority of visitors. Time aside, there’s just so much to see and do. And it’s so easy to be sucked in by the gravity of the city’s monumental impact on the world.

From the Colosseum to the Sistine Chapel, the Pantheon to St. Peter’s Basilica, Rome never fails to amaze. You’ll take home great memories from the city whether you stay for a day or stay for a month.

What do you think is the perfect amount of time to spend in Rome? Let us know if you agree with our suggestions or if we need to increase the recommended days. 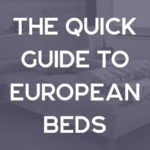 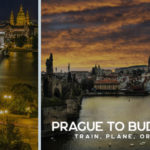