Planning a trip to Switzerland and wondering if April is a good time to visit? Even though there’s no bad time to take a Swiss vacation, April can be a tricky month to plan around.

April is arguably the most “in-between” month of the year in Switzerland. Certain parts of the country are in the last phase of winter. Others are in the earliest phase of spring.

This guide will tell you everything you need to know about what to expect when you visit Switzerland in April. Whether you want to know the average weather forecast, ski tips, or things to do, we’ve got you covered.

April weather in Switzerland tends to be much more unpredictable than other months. Most years, the first half of April can be counted as the tail end of winter. Things start to look and feel more springlike as the month goes on.

Altitude is the single biggest factor to consider when you’re planning around the Switzerland’s April weather. The average temperature, snowfall, and rain will be totally different depending on how high or low you are.

Compare this to an area with higher elevation, like Zermatt. April average temperatures in Zermatt range from about 28˚F (-2˚C) to about 45˚F (7˚C).

Rainfall is definitely something to expect in April. It varies from region to region, but you can safely expect to encounter precipitation during 10-20 days out of the month.

Again, April weather in Switzerland is quite unpredictable. It’s smart to make decisions based on averages, but always keep in mind that a particular week (or even the entire month) can look very different from one year to the next.

Much of Switzerland’s snow will be found at higher elevations by the time April begins. A small amount of snow typically occurs in the lower areas, but it’s mostly negligible.

You’ll definitely want to stick to the high-altitude areas if snow and snow-related activities are your priority. You should also aim for the earliest part of April, as snow is much less reliable at any location later in the month.

On the bright side, skiers can potentially encounter some very pleasant temperatures and find that they are almost alone on the mountain. It’s certainly not considered peak season and most of the ski traffic will be gone.

All of the resorts on this list can usually be counted on for decent late-season skiing. Zermatt, famously, is one of the few resorts in the world that remains open for skiing 365 days a year. This is thanks to the glaciers at Zermatt’s highest peaks.

April is one of the best times to visit Switzerland if you want to find good deals and low crowds. At this point in the year, the ski season will have mostly wrapped up and the spring/summer tourist season won’t yet be in full force.

You’ll be able to find some cheaper rates for hotels throughout the month of April if you look around. Keep in mind though that many of the hotels in the mountains will be closed now that the ski season has ended, especially from the last half of April on.

Travel around the country will be very comfortable. Not that it’s ever uncomfortable, but you certainly won’t have to ever worry about feeling cramped on trains or buses.

Best Things to Do in Switzerland in April

Here’s a quick list of some of our favorite places to visit and things to do in April in Switzerland. The locations and activities listed here a great starting point for figuring out which region of Switzerland works best for your trip.

Ticino is an Italian-speaking region of Southern Switzerland that tends to experience spring earlier than other regions. Ticino’s most notable feature is Lake Lugano, named after the city of Lugano, located on the border of Switzerland and Italy. Lake areas in Switzerland are one of the best places to see early spring blooms and greenery. The city of Lugano is the region’s top destination and is home to numerous sights and historical attractions.

Zermatt is a Swiss town that really needs no introduction. It’s also a wonderful place to visit pretty much any time of the year. Early April in Zermatt is likely to still feel the last effects of winter, while late April will start bringing the first stages of spring. Either way, you’ll find plenty to see and do. Taking the cable car to the top of the Klein Matterhorn delivers incredible views of the Matterhorn and the surrounding mountains. Ski conditions will vary from year to year, but you can definitely still find some skiable slopes. Hiking can be hit or miss, with the first days of spring bringing muddy conditions in the mid-to-low elevations.

Lucerne is a good choice in April. The weather tends to be a bit nicer than what you’ll find in many other areas. There is also more to do in and around the city. Lake Lucerne is the #1 natural attraction and a boat ride is a great way to spend an afternoon. The Mt. Pilatus and Titlis cable cars stay open throughout spring and are solid must-see’s.

Many of Switzerland’s best hiking trails begin opening sporadically throughout the month of April. Depending on the weather, you shouldn’t have a problem finding a good hikes available in any region. The downsides are that it’s very likely for other trails to remain closed and many open trails will be muddied from melting snow. Lower-lying trails are your best best during early spring, as things tend to get muddy as you reach middling elevations.

Sechseläuten is a festival unique to Zurich that celebrates the start of spring (and end of winter). The celebration takes place on the 3rd Sunday in April, so this isn’t an option for travelers visiting early in the month. The festival famously ends with the Burning of the Böögg, a handmade snowman effigy packed with explosives. Here’s a link to more info on Sechseläuten on Zurich’s official website.

You’ve probably notice a recurring theme in this guide: April in Switzerland is a bit unpredictable. The weather, attractions, and general state of tourism are in the middle of change.

The best part about visiting during the low season is undoubtedly the low crowds and subsequently lower prices. You won’t be dealing with nearly the amount of people at popular destinations that you’d find in peak winter season or summer season.

The downside to visiting in the low season is that you’ll find that many attractions, cable cars, and trains are closed until summer or even winter. This is definitely something to account for ahead of time, as you don’t want to plan around an activity only to find it’s closed.

Our recommendation for an April Swiss vacation is to stick to the lowest or the highest elevations. Travelers that want to experience springlike conditions will find the best weather, blooms, and generally green scenery in the lakes and other low-lying areas. Skiers and snow seekers should plan on visiting a higher elevation area like Zermatt.

Let us know if you decided to take an April trip to Switzerland! We’d love to know what you personally enjoyed about the season, along with the things you could have done without. 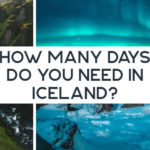 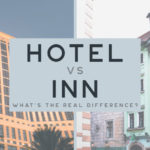